Another Outlet for Writers and Poetry Lovers 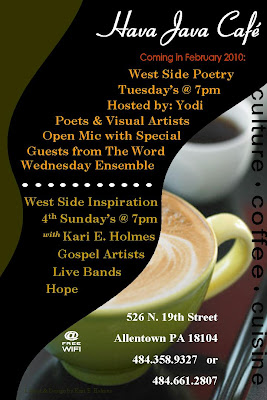 from Yodi:
Stop by, listen and join in. Starting February 2, 2010 the Hava Java Café at 526 N. 19th Street in Allentown, Pennsylvania will be presenting a poetry reading called West Side Poetry.
Hosting West Side Poetry will be Yodi from the Word Wednesday Poetry Ensemble. This ongoing open mic event will feature many members of the ensemble as well. West Side Poetry is every Tuesday starting at 7pm.
Posted by Chen Arts at 5:17 PM No comments:

For prospectus, send SASE to: 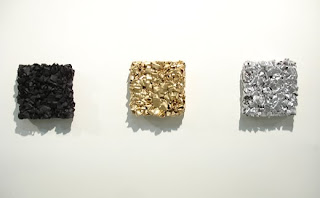 Allentown-based artist Greg Coates will have is work featured soon in multiple shows. Greg will have his own show beginning in February in Philadelphia and he is also part of a group show in Troy, New York. Here are the details:

From the gallery announcement:

Coates is an international conceptual artist poised in the gap between painting and sculpture. Exploring the nature of unconventional materials is a signature part of his work. He is able to balance an abstract modernist painting sensibility with a gritty found object sculptural inclination. Coates is able to spin mundane rubber tubes, feathers and discarded materials into fine works of art that astonishingly transcend the materials themselves. There is an excitement and tension in the brave use of materials that is resolved by a mastery of craftsmanship. The result is often large-scale contemplative installations that envelop the viewer. Dada: Influence and Response presents new rubber and feather works that explore a contemporary conversation with the anti-art movement of World War I. Dadaism was anarchistic in nature and rejected the prevailing standards in art, commenting on the meaninglessness of the modern world. Coates’ art continues this spirit of Dada, utilizing collage, assemblage and readymade objects without rules or limitations.
Coates was awarded the Joan Mitchell, Pollock-Krasner and Adolph and Esther Gottlieb Foundation Fellowship Grants and the New York State Foundation Grant. His work is shown internationally, most recently at Galerie Denkraum in Vienna. In 2002, at the occasion of receiving the Edward Mitchell Bannister award in Rhode Island, Coates’ friend and award presenter Professor Bob Dillworth wrote: “Insisting on the material nature of art, on the interchangeability of things in the world, and malleability of meaning, Gregory Coates has broadened the scope of his own reality to put process and risk-taking at center-stage. This amounts to a kind of visual radicalism rarely seen today.”

The Shelnutt Gallery at Rensselaer Polytechnic Institute presents "Collage" from Feb. 4 to Mar. 31. A group of 13 artists celebrate their diversity to honor Black History Month. Reception is Feb. 4 at 5:30-8:30 pm.

Aside from that exciting news, Greg is featured in the current issue of LV Magazine, where he discusses his "New Museum" project and more. (Chen Arts Group and Diane Teti - manager of Art Mart - were also mentioned in the piece.)

Greg and Kiki Nienaber are also planning an art show on the nude image at their studio in April. Contact them if you're interested in submitting work for inclusion:
Greg: coatesgregory4@gmail.com Kiki: kikihq@gmail.com
Posted by Chen Arts at 12:18 PM No comments: 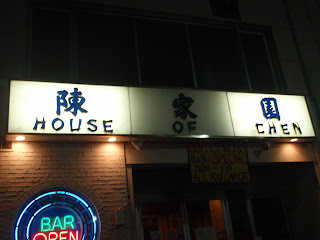 Thanks to everyone for attending our January meeting. Some of us enjoyed a tour of the fabulous new Salemme Foundation Gallery before our dinner. If you have not seen the gallery, please contact Joe Skrapits for a tour.

Sarah welcomed new members and spoke about our grant project which will feature thirteen 2'x2'x2' artist designed plexiglass cubes. The theme for this community art project is re-urbanization. The cubes will be on display, possibly at an indoor space, in June.

Pete Lewnes announced that he has been appointed President of the Allentown Arts Commission, and that Sarah Fulton has been nominated to serve on the Arts Commission. Congratulations to both Pete and Sarah. Pete spoke about Arts Ovation Award nominations which are due January 29th. Pete has gotten the Allentown City Arts blog running, and I will put up a link soon.
More great news from Pete: he informed us about a LANTA grant which is available for the restoration of public sculptures, murals at the transportation center, and other public works of art. Also, he is working on a new fabulous culinary school for 7th St.

Heather Haas is looking for artists to paint murals on garage doors in the city. For more details on this project, contact us at the e-mail and we will forward to Heather.

Diane Teti talked about the success of Art Mart. Business has slowed down a little since the holidays but she plans on having special events and artist workshops in the space soon. Channel 69 News, TV 2 News, and Lehigh Valley Magazine covered Art Mart, so there was good publicity. There was one sentence in the Morning Call's Retail Watch section. See link to Art Mart at our sidebar, and contact Diane if you would like more information. Diane also mentioned the idea of a Second Saturday Art Walk on Hamilton St. And don't miss Word Wednesdays at the Brew Works, organized by Yodi and Kari Holmes.

Angie Villa brought up the idea of a future group fine art show, possibly at the Allentown Art Museum Community Room gallery where we held our Velocity Show last year. If anyone has any suggestions or would like to coordinate the show, please contact us at the e-mail.
Also, if anyone is interested in helping create and maintain a Facebook page for Chen Arts, which links to the blog posts, please contact us at the e-mail. So far, Stefan and Kate expressed interest at the meeting.

I forgot to mention this at the meeting: The Villas, local original power-pop band, with special appearances by 8 yr. old Gianni Villa and 26 yr. old Pat Villa, will be performing at Mayfair, Sunday May 30th 5:30-7pm Lakeside Stage. See link at our sidebar.

Matt is working on "Fringe Fest" a music and art festival. I believe he mentioned Art and Soul Gallery would be involved too. Sorry, I missed some of the details here, maybe Matt can talk about that in a comment?

Please feel free to add anything in the comments. Thanks to everyone. The art scene in Allentown has really taken off. Thanks to Jenny Chen for outstanding Malaysian food. Thanks to Sarah for her work at the blog and e-mails. See you in February.

Angie Villa
Posted by Angie Villa at 9:20 AM 4 comments:

This article was featured in Sunday's (1/17/10) Morning Call:
(sorry the formatting was screwed up in copy/paste)

ANTONIO SALEMME FOUNDATION
What: Space devoted to the work of the late painter/sculptor, who worked in Williams Township, Northampton County for a third of his life
When: Open 1-5 p.m. Saturday and Sunday, call first; or by appointment. Grand opening in the spring.
Where: 542 Hamilton St., second floor, Allentown
Admission: Free, donations acceptedInfo: 610-433-4150,http://www.antoniosalemme.org/Steve Siegel is a freelance writer.Jodi Duckett, editorjodi.duckett@mcall.com
Posted by Chen Arts at 1:58 PM No comments: 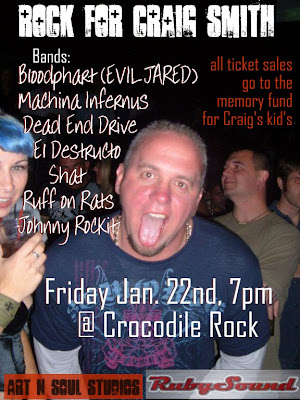 Please spread the word about this event. Craig was dedicated to Art N Soul and building the arts community in Allentown. This concert is a benefit for Craig's children. Offer your support if you can.
Posted by Chen Arts at 5:11 PM No comments:

I received these details from Kerri Ann and Adam and re-posted them here. Hopefully some of you can make it to the show on Saturday. This is becoming a regular event.

Save Your Mother. Shop Local. Buy Recycled.
Hosted By Gypsy Creations
Posted by Chen Arts at 12:44 PM No comments:

Submissions Accepted for Art Event at The Caring Place

The following info is from Bethlehem artist Reinaldo Valentin. He is coordinating a show to benefit a local charitable organization. You can see some of his work right now at Art Mart. His website is: http://www.undermyfeetgallery.com/

Under My Feet Gallery is organizing the Window of Opportunity art show. This will feature artworks by artists of all levels, from emerging to established. All sales will benefit the not-for-profit organization, The Caring Place, in Allentown to help raise money to send a group of inner city students to Washington, D.C.

Collectors walk away with something beautiful; a piece of art they love and their money going directly to support their community. Window of Opportunity provides an excellent opportunity to get a one-of-a-kind work of art and helps broaden the view of the world for a youth.

All artists are invited and encouraged to donate one small 2D or 3D piece that must be priced under $50. We will also be auctioning off larger pieces of work. Please note size of work, price and if you would like to have a med-large piece auctioned off, please make a note of it and the value. Artists can submit up to 3 pieces of paintings, drawings, photography, prints, mixed media, and handcrafted items - all are welcome. If you would like to participate in this show, send one to three images to: reinaldovalentin@verizon.net

Learn more about http://www.thecaringplace.org/ or http://www.undermyfeetgallery.com/
Posted by Chen Arts at 4:57 PM No comments:

The Mid-Atlantic Arts Foundation is currently accepting applications for artists interested in performing in foreign locales. See the qualifications below.

The program is committed to ensuring that the impressive range of expression and creativity of the performing arts in the United States is represented abroad.

USArtists International provides support for American dance, music, and theater ensembles and solo artists invited to perform at significant international festivals anywhere in the world outside the United States and its territories.

For more information about USArtists International, including program guidelines and application: